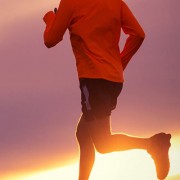 Can our emotions and thoughts make us sick? Is there some way our bodies get disrupted by negative stress factors, possibly of our own making? The evidence, including the changes in the health of our communities strongly supports this notion. Does that also mean can we also think ourselves well again? Do you keep yourself well on a day to day basis without even knowing it consciously? Are prayer and meditation good for us on a physical as well as mental and spiritual plane? The answer in my mind is emphatically yes.

The power of prayer in the healing process is also well documented. And what is prayer but a concentrated emotional exercise directed with an open and humble heart to a higher being in order to affect a positive change in oneself or that of others? You are in effect requesting a jump start at a cosmic level. The expression be careful what you wish for; It might come true shows how often we do experience success in attaining physical goals through mental or emotional expression.

Physical action helps, but the wish is faster than the thought goes to show our deep seated understanding that some tangible things really do have their origins in the intangible realm of the mind. It is not therefor impossible to see the link between their mind and the healing process. The mind and the body are one closed and interlinked system, and one cannot be separated from the other. Modern medicine tends towards specialisation of skills and compartmentalisation of treatments. If you have had a recent hospital experience you will probably have experienced this frustrating truth. Each department will each want its own samples of blood, urine etc, even though you just gave samples to another department not half an hour before. Medical techniques may be wonderful for treating specific symptoms, but where is the healing art needed to maintain the health of the whole person.

New York, July 04 (Reuters): The number of patient visits to practitioners of ‘alternative’ medicine in the United States now outstrips consultations with traditional physicians. What does this mean to the relationship between conventional doctors and their patients?

One physician expert says communication is key. Yes, we can accomplish miracles with modern medicine, but often in a de-humanising way, with side effects possibly as bad as the illness itself. Treatment of the whole system, body, mind and soul is the only path forward, and I think that we must follow it.

This combination of new scientific and old healing arts is in fact happening as the medical community gives grudging acknowledgements and acceptance to many natural folk remedies, previously and disdainfully dismissed as superstitious. Science is proving, for example, that certain foods, natural herbs and many forms of body work offer a wide range of medicinal benefits, some curative and some preventative.

Why Do People Seek Alternatives?

John Austin, a postdoctoral fellow at the Stanford University School of Medicine, set out to find an answer to the question, why do patients use alternative medicine? His results were published in the Journal of the American Medical Association in 1998 and, once again, there were some surprising results. Only 4.4% of those surveyed said they used alternative therapies exclusively; the rest used them as complements to mainstream medicine. Confirming earlier studies, Austin found that alternative medicine users are more highly educated than the population at large; they have a holistic orientation to health; they have had a trans-formational experience that changed their world view; and they could be classified as being in a cultural group identifiable by their commitment to environmentalism, feminism, and interest in spirituality and personal growth psychology.

Interestingly, Dr. Austin found that the best predictor that someone uses alternative medicine was not dissatisfaction with the mainstream medical system or mistrust of government, but rather his or her feeling that these healthcare alternatives (are) more congruent with their own values, beliefs, and philosophical orientations towards health and life. An article in the Annals of Internal Medicine confirmed those findings:

The attraction of alternative medicine, say authors Eisenberg and Kaptchuk, is related to the power of its underlying shared beliefs and cultural assumptions. Its basic premises, which include advocacy of nature, vitality, and spirituality, offer patients a participatory experience of empowerment, authenticity, and enlarged self-identity when illness threatens their sense of intactness and connection to the world.

The debate over the effects of electromagnetism on the human organism, however it turns out, at least raises the question of whether the use of good technologies such as televisions, computers and cellular phones or even the proximity to electric power lines can have an increased incidence of illness, including various cancers. Our health as human beings may be more of a delicate balancing act than previously thought.

The recent craze of getting in touch with our bodies and ourselves shows how far we have come from the belief that science can render all the necessary remedies to maintain health and that we need only be passive non participants in the process, take the pill is being replaced with eat a healthier diet and get some exercise. There is a general feeling of wanting to take back control of our lives, even if we don’t know how or why we lost it in the first place.

Taking responsibility for our own health is essential. Even though we must rely on the wonders of modern medicine to bail us out when we suffer a major trauma, proper self-help may eliminate this need in the first place. When it’s time for major heart surgery, you need a surgeon, but is it not better not to need the major heart surgery in the first place? Proper exercise and diet play vital roles in maintaining proper health, but what about proper attitude?

Even if we are following an exercise and diet regime to the letter and taking all the necessary minerals and vitamins, stress could kill still kill you. Once again, the mind and the body are a team, totally interactive and cohesive in nature, not some amalgamation of individual systems that operate independently. How we feel is frequently more influenced by our attitude about ourselves, positive or negative, than by any strict physical condition. And how we feel can often be diagnosed by our willingness to follow a healthy lifestyle.

The Power of Touch. Massage – Art or Science?